We served Thanksgiving three times over the last two and a half weeks.  First we served 90 staff at the Walla Walla Clinic.  Seven days later we served 170 Corps of Engineers staff and family.  And six days later we served 130 Con Agra employees (a new mexico version, chipolte stuffing, and jalepeno and red torpedo pepper cornpone (cornpone you ask? it's a midwest corn casserole I tweaked from my grandmother and mother's holiday table)).  That makes 490 Thanksgiving dinners served.  Brian and I both do not want to see another turkey until November 2011. 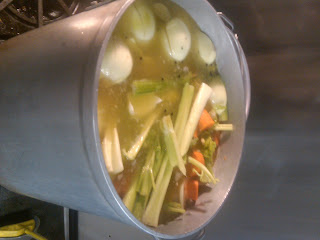 And we do it right too.  Gravy is made from turkey stock.  Stuffing from leftover sourdough and italian bread from the sandwich shop.  Potatoes from scratch... etc etc.  Turkeys are salted and herbed for three days prior.  And the best part is the leftovers turn into sandwich shop specials... that are truly fantastic. 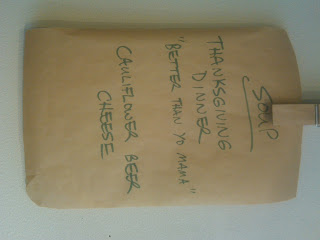 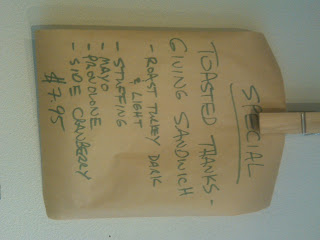 And the special sandwich... like a thanksgiving meal between bread. 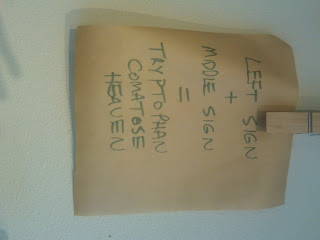