The last few weeks we have done some fun stuff.  Mostly winery thingamabobbers and whatchamacallits.  A trip up the hill and dinner in a gazebo for Cadaretta, family style dinner at Dunham, appetizers at Longshadows, buffet at Waters, plated dinner at Amavi (poor JF, the winemaker for Pepperbridge, I think he ate at three dinners of ours in four days, and had a few sandwiches in there as well), wedding in Dayton, and ran all over Walla Walla delivering sandwiches.

Here are some random photos. 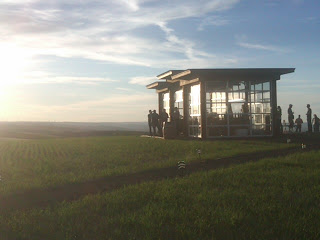 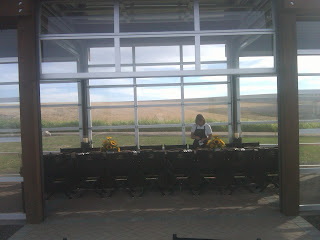 The Cadaretta gazebo built on some vineyard property (near the Seven Hills Vineyard on the Oregon side of the border).  The gazebo at sunset and the inside of it setting up for dinner. 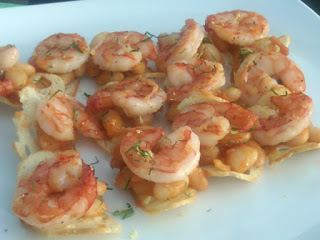 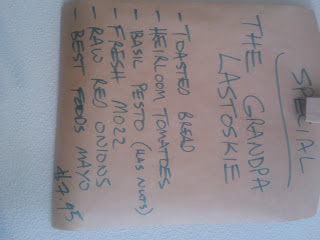 A special at the sandwich shop.  Grandpa's favorite sandwich was a huge slice of tomato from his garden, lots of mayo, salt and pepper, and a fat slice of raw onion.  We upscaled it a bit... I still think his is better. 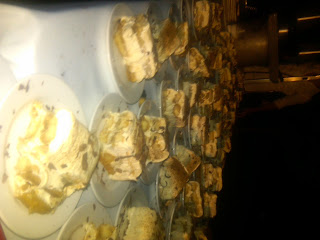 So this picture looks pretty horrid.  It is tiramisu we served for the Washigton Wine Commision field trip to Walla Walla.  We did a family style dinner for 70 guests, and finished up with this dessert.  I swear this picture doesn't do it justice.  We don't normally make dessert... but we are starting to rethink that with our tiramisu. 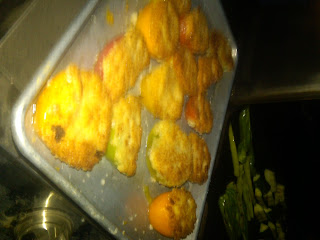 Same deal.  This looks bad right.  But it was killer.  We cut yellow, green and red heirloom tomatoes in half, removed the seeds, stuffed them with fresh mozzarella, egg washed the cut sides, and breaded them with panko bread crumbs, then shallow pan fried the breaded side, then flipped them and roasted them on the grill to just get them warm, then drizzled pesto over the top.  You will never want to have a regular caprese salad again after eating these. 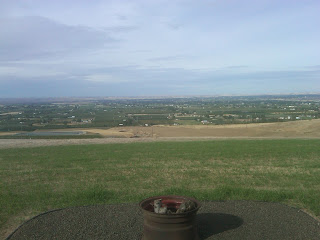 The view of Walla Walla from the Cadaretta Vineyard site.

Cheers
Posted by John and Becca at 3:42 PM