It was a busy weekend for us. My son's first day of real pre-school at Betty's on Thursday. 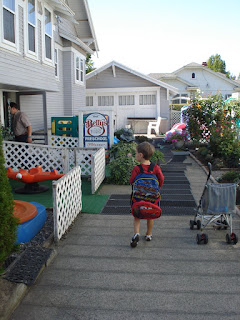 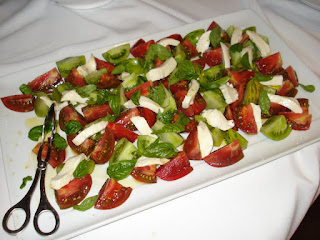 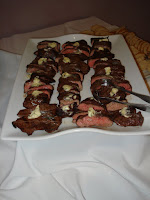 For the rest we had a nice green salad, rosemary lemon grilled chicken, flat iron steak with hotel butter, and roasted red potatoes with dijon/garlic/thyme/mayo/bacon dressing. 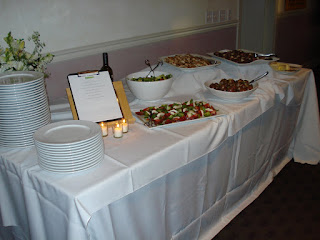 The view from the deck of Three River's toward the end of dinner. 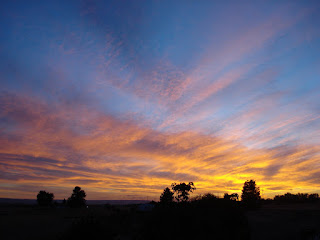 Saturday Chris and Stephanie had an Irish/Scottish reception. Chris, God bless him, got married wearing a kilt (the pants issue solved on day one). We did three passed apps, two of which passed as 'scot/irish'. Cured salmon and creme fraiche crostini, hard cheddar and cows milk cheese and crackers, and heirloom tomatoes with 25 year old balsmic and sea salt on toasted baguette slices. 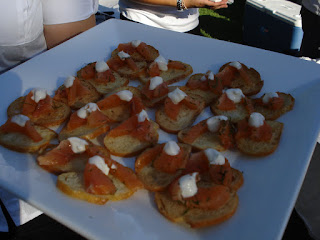 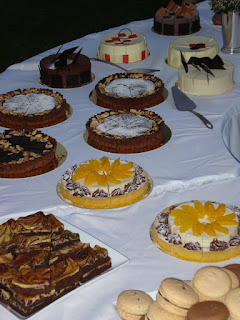 Then we brought out the desserts from Colville Street Patisserie. There is no better dessert, wedding buffet maker than Matt in the Pacific Northwest, of this I am convinced.
Lots of nice compliments from the good folks attending the festivities at Stone Creek Manor.
And to cap the weekend, Sunday we headed to Biscuit Ridge for an impromptu wine drinking, food snacking celebration for our friend's new land 'vineyard to be' purchase. 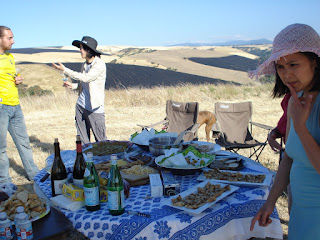 It really is tough living in Walla Walla sometimes.
Cheers
Posted by John and Becca at 12:05 PM