Our daughter was born three years ago today.  It wasn't a very happy time.  She was thirteen and a half weeks early and weighed one and a half pounds.  She was cared for in the Spokane Sacred Heart NICU.  Exactly one hundred days later she came home with us, a whopping 4 pounds and 14 ounces.
Our son was just turning four.  The catering business was still a zero employee show with negative winter-time income.  Becca was not able to work at her hairstyling business.  It was a scary time.  We spent every weekend in Spokane with little to do except wait by an incubator.  The hotel was depressing, and expensive; and eating out was depressing, and expensive.
And then we were referred to the Ronald McDonald House.  We had a nice little room, a place to cook our own meals, and toys and video games and books for our son.  He still says we should go back someday... and we always say "hopefully not".
Today our daughter is healthy and stong (and still tiny).  The business is doing well.  We are so thankful to be able to give back to such a wonderful charity that is there for so many people in their time of need.  Below is our "press release". 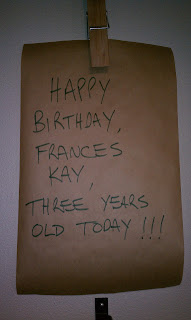 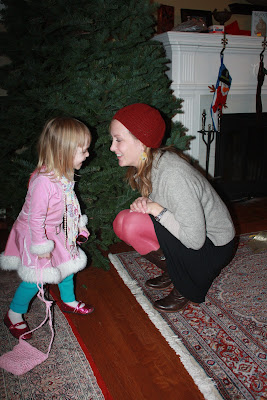 Three years ago John and Rebecca Lastoskie gave birth to a baby girl they named Frances Kay. She was born 13 and a half weeks early, weighed one and a half pounds, and was very sick. After a painfully long and exhausting 100 days in the Spokane Sacred Heart NICU, and just shy of five pounds, Frances was sent home with her parents and brother to Walla Walla. Three years later she is a happy and healthy little girl who likes to annoy her brother... and amuse her parents.

For over three months the Lastoskie Family travelled between Walla Walla and Spokane, checking in on little Frances while trying to maintain two small businesses, and a sense of normalcy for their son. During that time the family stayed at the Ronald McDonald House for short periods and they have never forgotten the comfort and calm the House provided.
It is with great pleasure and a sincere gratitude of thanks that Graze – ‘a place to eat’ will donate 10% of its sales for the week of January 17th to January 22nd to the Ronald McDonald House of Spokane.
Cheers
John and Becca Lastoskie
Posted by John and Becca at 11:53 AM

Heard about your 'blog' from a local photographer who is a "Facebook friend".
Your struggle was shared by many Walla Walla families who have walked the Ronald McDonald house halls: wondering if their child would survive and watching grieving families leave the house without a child in their arms.
We got a room after our 4 month old was airlifted out of Walla Walla. It was a terrifying experience that we wish no parent had to face.
Thank you for having a fundraiser, but our beautiful Ronald McDonald House child won't be there.
She is 17 years old now and is headed to Portland for the dog show tomorrow (thanks to the skilled surgeons at Sacred Heart). Have a great event and know we wish we could attend!
Ronald McDonald House gave us an appreciation for Weber BBQ's and the kindness of others. You ROCK for hosting this event!

Janice and Mark Allen
(all grammar and punctuation errors are all mine :0)