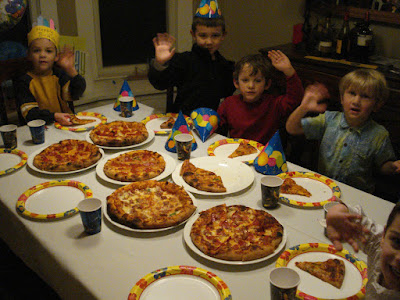 My first kitchen job was at Gina's Ristorante in Southern California. I was the dishwasher and made the few pizza orders that accompanied the family style pasta dinners. For a short time I was the dough maker at Pizza Hut in Davis California. My first job at a good restaurant, Paragary's in Sacramento, was making hand tossed wood oven pizzas. My wife and I met there, and she says she fell in love with me because the flour dust on my forearms made me look so... manly. 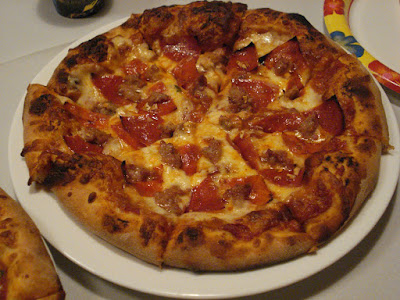 Our son turned five the other day. So we did what any parent would do, threw a birthday party, and did what any restaurant type people would do, offered up lots of food and drink for the adults. Our 1930's oven managed to crank out 16 beautiful pizzas in just under an hour. 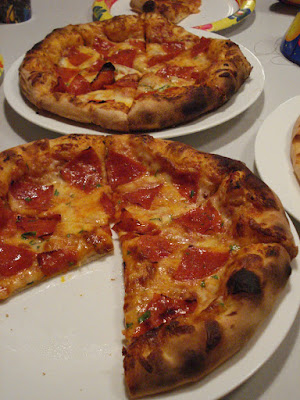